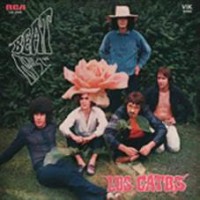 Beat N 1 is the fourth studio album by the Argentine group Los Gatos, released in 1969 by the RCA Vik label. For this album the band of Litto Nebbia incorporates a young guitarist, still practically unknown> Pappo, who would print a more bluesy and rocky flavor to the group, especially in the following album, Rock of the lost woman of 1970.A fluid eclecticism plays throughout the album> the beat of the beginnings, beatlesque and melodic rock, psych and the edgy blues, partly because of the incorporation of Pappo, that results in a more determined hard rock. Adding to this the inspirational journey from Nebbia to New York, the new songs denote an evident evolutionary change that goes through the speed mod of "Home", the density blues creeping in "Escúchame, alúmbrame" and the very psychedelic "Out of the law". The Moro/Toth base is full/bodied and comfortable between Cyrus and Pappo< The voice of Litto is sounds much harder and mature. There is an interesting exploration of the stereo possibilities (the battery completely thrown for the left channel, for example). The album closes with the extensive "Out of Law", theme that foreshadows the change of style of Los Gatos, who began to abandon beat music and psychedelic pop, to delve into more robust and complex sonorities.