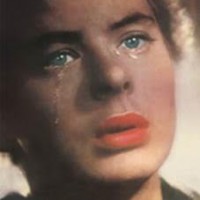 Heindorf, Ray / Victor Young
For Whom The Bell Tolls

Longtime Hollywood music director for Warner Bros, Raymond "Ray" Heindorf is one of the most important and prolific American film score composers< his career brought him eighteen Academy Award nominations and three Oscars. Based on Ernest Hemingway's masterpiece, For Whom the Bell Tolls is the 1958 recording of Victor Young's score for the same film that came out in 1942. The vibrant, dramatic emotionalism of Hemingway's novel is revealed with immense impact in Heindorf's interpretation. The sound of the bell tolling, the violent crescendo of the violins, the deafening roar of war in all its turbulence is a thrilling musical experience< one that does not easily escape the listener.