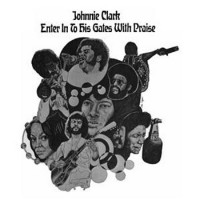 Along with his rival, Cornell Campbell, Johnny Clarke was one of the most esteemed singers of the roots reggae era. Having grown up next door to a popular sound system on Waltham Park Road in western Kingston, Clarke's early fascination with music led him to hang out at Studio One with Jacob Miller while still at school. He then made the rounds of talent shows with Barry Brown, Sugar Minott and the Diamonds, which led to a debut recording in 1973, for the pianist Glen Stair, which remains unreleased. An early effort for Clancy Eccles, od Made The Sea And Sun,' was not promoted properly, though veryday Wondering,' for Rupie Edwards, impacted in Britain< olden Snake' for Stamma Houghton and a cover of Smokey Robinson's ou Really Got A Hold On Me' for Glen Brown were also false starts. The breakthrough finally came in 1975 when Clarke linked with Bunny Lee, who had him voice the Rastafari landmark one Shall Escape The Judgement' *written by Earl Zero, who failed to muster a credible take(, which kick/started the lying Cymbal' craze. Clarke's resultant debut album, Enter Into His Gates With Praise, mixed hard/hitting Rastafari devotional material with sympathetic cover versions of classics by the likes of the Paragons, Slim Smith and Delroy Wilson, along with a few reggae renditions of some vintage American R^B.

Thompson, Linval
Look How Me Sexy