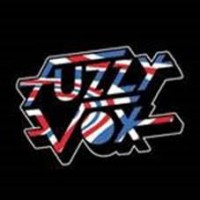 Genre> Garage & Punk & 60ies FFO> Thee Oh Sees, The Hives, The Jam, NO LANDING PLAN is the second album of the french garageband FUZZY VOX. The three young men from Paris don-t just sound like old masters of the genre, they learned it just that way> playing as many shows as possible, no matter if in their homecountry France or in Germany, Italy, Spain, UK or Scandinavia. No matter if mouldy basement venues or big open air stages. X You learn how to play convincing and tight Rock-n-Roll ony that way. And that-s exactly what the band achieved with NO LANDING PLAN> The album is a small, but burning musical masterpiece full of finesse at guitar, bass guitar and drums. 60-s garage/sound, which reminds you of THE JAM or THEE OH SEES, recorded and produced in Los Angeles by Andy Brohard and Ryan Castle, who also worked with WOLFMOTHER, JET and THE ROLLING STONES. Long story short, they-re young heroes from nowadays with music from older days. Highly infectious.

Tee Pees
You're A Turd