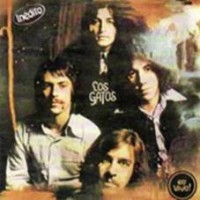 "En Vivo y En Estudio" consists of material recorded between 1970 and 1971 that remained unpublished until 1987. As its name indicates it is composed of one side recorded in studio, without the intervention of Pappo, with Toth on guitar and Nebbia on bass . Side 2 of the original edition contained songs recorded live on December 4, 1970 at the Teatro Odeón in Buenos Aires.At the beginning of 1969 Los Gatos separate momentarily. For nine months, all members of the band, with the exception of Nebbia, traveled around the United States, getting to know the local music, listening to the "greats of the moment" and even recording a simple with an American singer, unpublished. In the interim, Nebbia began his solo career, filming the movie "The Strange Long Haired" and releasing his first solo LP.Los Gatos would return to the following year with "Beat N-1", with Pappo in the place of Kay. This album clearly shows the two styles> the melodic of Litto (in "Dream and run") and the rocker that imposed Pappo ("Home")."Rotten Woman Rock" was the title for the next LP, but due to censorship issues it would be changed to "Lost Woman-s Rock" (1970). This, the last, will be the most rock album and, for many, the best.In the middle of 1970 Pappo already left the grouping to form its own band. Nebbia will play bass and Toth will take the place of the distant guitarist. "We are making another sound to the whole" they anticipated. Nevertheless the luck was already cast> a simple of low repercussion and a series of recitals signed the definitive goodbye to this key group of the national music. From that moment on, Litto Nebbia would continue his solo career.