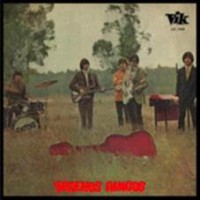 Seremos Amigos is the third studio album by the Argentine band Los Gatos, released on November 30, 1968 by RCA Vik.Although the band did not manage to obtain simple singles with this album, as they did with their previous releases, the work is widely considered the best by fans and followers. Posted by the RCA Victor label in its VIK division on November 30, 1968, it-s the third Los Gatos album and the last album with its original formation, because during the band-s tour in Brazil, Kay Galiffi (guitarist) fell in love with Brazil and settled there not to return to Argentina for 39 years, just for the meeting of the group. This record shows Los Gatos a little more psychedelic than in his previous work (the album that brought "Viento dile a la lluvia") in themes like "Tomorrow" or "The girl of the umbrella". They even animate a space rock prototype With "When the year 2000", which were watered down 30 years after artists such as Daniel Melero.