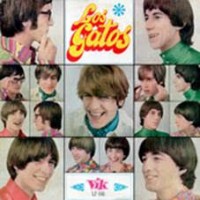 Los Gatos, also known as Los Gatos (vol 2) or Viento dile a la lluvia, is the second studio album by the Argentine band of the same name, published in 1968 by RCA Vik.Although known as "Vol 2" or "Wind Tell the Rain", the album, like the previous one, had no title And precisely "Wind dile a la lluvia" was the big hit. This LP came as the successor to the debut, which included "La balsa", and did not have the impact of that one, although it served to consolidate the name of Los Gatos in the nascent scene of Argentine rock.