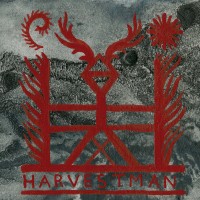 Ruins, monuments, and ancient sites of worship are multi/sensory experiences - at once residues of the sacred, the parchment on which the passage of time has been inscribed and templates for imaginative reconstruction, spaces in which to invest and immerse, to trade your bearings for an inexhaustible state of transition.Over the course of three albums, Steve Von Till has, under the guise of Harvestman, provided the sonic analogue, casting his net for what might have been and yet still be. Both a personal meditation and a tuning fork for the most ancient and enduring of resonances, his latest album, Music For Megaliths, further expands his journeys along the sonic ley lines that run between folk, drone, psychedelia, the osmische' outposts of krautrock and noise> not as an act of eclecticism, but of divination, giving voice to an underlying continuity that binds them all.Recorded over a period of several years in the dawn hours of creation, Music For Megaliths is an aggregation of moments and recordings that have allowed themselves to spell out a greater whole. Utilizing repetition, manipulation and modulation, it's a hallowed frequency dial that ranges across the pulse/regulated drone of The Forest Is Our Temple, revving up like a generator powered by arcane currents, the blissful gaze of Ring Of Sentinels, Sundown's ominous waves of interference and White Horse's rite of dissolution and regeneration, nomadic and devout. Music For Megaliths is a crossing over, whose multiple routes are testament to a singular and sensuously dilated vision.

Cult Of Endtime
In Charnel Lights