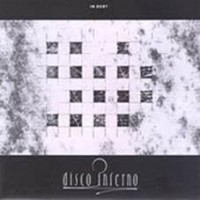 Originally released in 1992 by Che Records, Disco Inferno's debut album n Debt- is to be made available as a double limited edition vinyl LP and single cd package including one previously unreleased track and with new artwork and sleeve notes by 90's music zeitgeist legend Neil Kulkarni on May 5th 2017.Disco Inferno was an experimental rock band from Essex that started out sounding like some late 70-s&early 80-s post punk band trying to fill a gap between bands like Joy Divison, Durutti Column, early Felt and Wire. Their first three releases / all on the small indiependent label Che / shows a band able to further develop the ideas they so respectfully and skillfully adopted from the prime of the British post/punk scene.

Loft
Up The Hill And Down The Slope