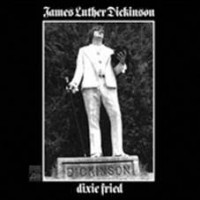 Remastered from the original tapes ] Features seven unreleased tracks ] Liner notes include excerpts from unpublished memoirs ] Rare ephemera from Dickinson archives ] Expanded 2xLP housed in a deluxe gatefold Stoughton @tip/on@ jacket @People like Stan Phillips thought I was scary, that I was over the top / but I could play rock-n-roll.@ / Jim Dickinson The late Jim Dickinson is one of the most eclectic personages rock n-roll has ever thrown up> a musical maverick.Such is the case with Dixie Fried, his solo debut from 1972. Unsuccessful upon release, the record now is now a cult item that, for many, mirrors the deliciously unexpected twists and turns of Dickinson-s subsequent career.