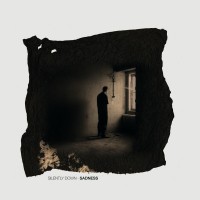 In 1992 six songs were self-released on CD by the one-man synth /cold wave outfit SILENTLY DOWN as the ad' mini-album. Even despite 'Sad' gathering excellent feedback and reviews back in the day, the full album project that was planned with a French label had to be finally shelved. More than 20 years later we decided to give it a well-deserved second chance. We called it 'SADNESS' this time to mark a difference, as it's so much more complete than its predecessor. Romantic synth / cold wave, touching but dancey, heavily electronic. Heartfelt, sometimes truly sad lyrics... a sign of those times. The influence of classic bands like Little Nemo, Opéra de Nuit and Invisible Limits are undeniable. A very well crafted album with a great production level.We are extremely proud of bringing you this forgotten jewel, properly mastered for vinyl and presented in an exclusive vinyl run of 150 copies (!!), housed in a heavy matt finish sleeve. Be quick!TRACKLISTSide AA1Days Go By3:58A2Reflection4:06A3Alone4:35A4La-Haut3:03A5To Die Happy5:00Side BB1Strange Times3:44B2Welcome To A Suicide Day3:43B3Die Erben Der Dunkelheit3:50B4Tired To Live4:33B5Goodbye4:32