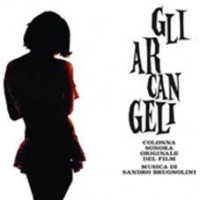 Alessandro Brugnolini *Overground, L'Uomo dagli Occhiali a Specchio( is an italian composer and alto sax player who launched his career playing in a super jazz group band inspired by Miles Davis, The Modern Jazz Gang and later developed a very prolific activity as a composer and performer under his name as well as under pseudonyms *such as Narassa(. One of the first pure jazz soundtracks for a movie belongs to him> it was 1963 and the movie was Enzo Battaglia's Gli Arcangeli. Featuring the legendary american singer Helen Merrill here it is, reissued for the first time on vinyl, one of the all/time rarest italian jazz LP.-First Vinyl Reissue Ever-LIMITED EDITION OF 500 in Colored Vinyl