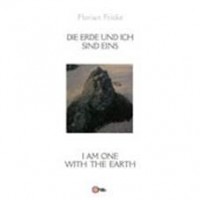 Issued in 1983 as a limited private pressing, ie Erde und Ich sind Eins' was Florian Fricke's first olo' LP. It features the guitar of his Popol Vuh partner Daniel Fichelsher and vocals by Anni Morris Wieland, Bettina Fricke Waldthausend, Dieter Prym, Florian Fricke, Friedemann Berger, Friedemann Wieland, Gisela Von Doering, Ingeborg Jahnke, Jan Lorck/Shjmerning, Jana Faust, Karl F. Weber and Klaudia Wieland.ou could label it as ody/space/music' *Körperraummusik( where you sing inside the body and take it in such a way that every cell in the body, from the sole of the foot to the crown of the head, starts to vibrate. In order to be able to realise this I have experimented to find where speech resonates in the body. The consonants vibrate at the body walls, the bones and flesh and the vowels fill the body spaces. And that sounds like a gong/concert> it also has a great therapeutic effect.' *FLORIAN FRICKE(Being a private pressing -Die erde un ich sind eins- has become one of the rarest LPs in the Popol Vuh saga, a mint original may cost you over 300 euros. Comes in original artwork plus the 50 page book that Fricke wrote for the release but was never published *until now!(, plus an insert with liner notes by Dolf Mulder all in a limited edition of 1000 copies only.

Hackensack
Up The Hard Way