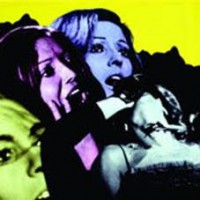 A stunning Piccioni score for the soundtrack of the homonymous film directed by Al Bagram *a pseudonym under which the Spanish filmmaker and screenwriter Alfonso Balcázar worked(. Jazz/noir numbers and disturbing chamber arrangements enforce the dark atmosphere of the film, a gothic film from 1972 that transcended the italian GIALLO tradition *which was actually an Italian/Spanish co/production(. The themes created by the Maestro for this metaphysical horror bring to light a disturbing classicism, wrapping the listener in a gloomy *often nightmarish( horizon. One of the most sought after soundtracks by Piero Piccioni, available for the first time on vinyl on SUB OST.