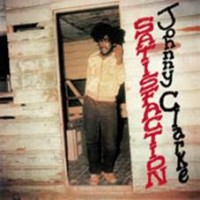 Tenor singer Johnny Clarke had many false starts in his youthful days. Hanging around Studio One as a schoolboy with Jacob Miller, Clarke was supposed to record material written for him by Bob Andy, but somehow never made the grade. His 1973 debut recording for lesser/known producer Glen Stair was not released, and early work for Clancy Eccles failed to hit, though veryday Wondering' for Rupie Edwards made an underground impact in Britain and New York. Subsequent singles for Keith Hudson and Glen Brown also did not get very far, but the breakthrough finally came when Bunny Lee asked him to sing one Shall Escape The Judgement,' which was written by the singer Earl Zero< it became a massive hit that launched the lying cymbal' craze *based on an open/and/closed high/hat cymbal pattern, adapted from the Soul Train theme(, and Clarke became one of Lee's most reliable hit/makers, partly because Lee stoked a rivalry between him and Cornell Campbell, whom Lee had previously asked to voice one Shall Escape.' Clarke's Satisfaction LP was recorded at Harry J for Lee, voiced at King Tubby's studio, and issued by Third World in 1979. It is a set largely comprised of cover tunes, such as the strong opening update of the Paragons' iding For A Fall,' the title track adapting their rock steady hit y Satisfaction' in a post/rockers style. Better still is the hard/hitting eality' tune, lay Fool, Get Wise,' which uses a proverb to relate a means of avoiding trouble on the dog/eat/dog mean streets of Kingston.