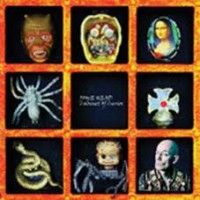 First ever career-spanning compilation of the solo work of Jowe Head, an essential name in the birth and development of the UK's underground scene through his recordings with Swell Maps, Television Personalities, personal projects such as Palookas, Househunters and work under his own name.From 1981 debut album "Pincer Movement" up to 2014 recordings by Jowe Head and The Demi-Monde, plus previously unreleased tracks, these 20 cuts present Head's wonderful mixture of off-kilter pop and avant-garde weirdness, like a noise party attended by Joe Meek, Burt Bacharach and Sun Ra.A Record Store Day 2017 release.If one looks at the galaxy of stars that can be attributed as source material for today's musical DIY/lo-fi generation, Jowe Head shines as a true iconoclast. His 1973 addition to the avant-garage godfathers Swell Maps added an impressionistic edge to their psychedelic punk pastiche that drew of Max Ernst as ably as Can. Later on in The Television Personalities and his Househunters and Palookas projects, not to mention a sprawling solo discography, Jowe's persona injected color and livelihood into an often-too-cool-for-school post-punk scene around Britain while still delivering transportative sounds and open-to-the-listener interpretations. This compendium is in itself a galaxy of sounds that will never fail to deliver.Brian Turner, WFMU Music DirectorTRACKLISTSide A1. CAKE SHOP GIRL2. SWISSAIR3. CUTICLES4. SHY TOWN5. PAPER MACHE6. EVIL ISLAND HOMESide B1. VENUS BIGFOOT2. BELLY OF THE BEAST3. TINY MONSTERS4. IMP OF THE PERVERSE5. DON'T ROCK THE BOATSide C1. RUBBISH UP THE MESSHEADS2. NEW WORLD / ENLIGHTENMENT3. OPHELIA4. CHAMELEONSide D1. LOUISE BOURGEOIS2. WALTZ FOR KURT SCHWITTERS3. ARACHNE & ATHENA4. HANNAH HOCH5. FELT AND FAT