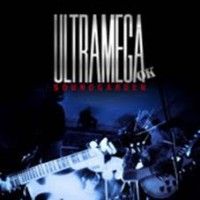 This remixed and expanded reissue of Soundgarden-s Ultramega OK is a long/planned @correction@ of the legendary band-s Grammyr/nominated debut full/length. The album was originally recorded and released in 1988 on SST Records. While the band enjoyed working with the original producer, Drew Canulette, they soon realized they weren-t quite happy with the final mix. Thus, shortly after the album-s release, the band decided to remix the album for subsequent pressings. However, success intervened> the band rapidly scored a deal with A^M and began work on their major/label debut, Louder Than Love, and the Ultramega OK remix project fell by the wayside as Soundgarden climbed their way to *ultra(mega/stardom. In 2016, after worldwide success, a breakup, a reunion, and many albums and tours, the band finally acquired the original multi/track tapes to Ultramega OK and carved out time to dig into the remix. They handed the tapes over to long/time friend and engineer Jack Endino *Nirvana, Mudhoney, Screaming Trees, Skin Yard(, who worked with the band to create a fresh mix of the album that, for the band, ties up this persistent loose end and remedies the sound of their debut full/length. While they were at it, the band dug out six early versions of tracks that wound up on Ultramega OK. The songs were recorded in 1987 on 8/track tape by Jack Endino and Chris Hanzsek at Reciprocal Recording in Seattle, and mixed by Jack Endino in 2016. These versions feature the band in raw, powerful form / sonically closer to the band-s Endino/recorded six/song debut, Screaming Life / and provide a fascinating window into the development of songs that eventually became staples of the band-s set. The six songs comprise what the band refers to as Ultramega EP, and they are included in this reissue. Hailed as grunge innovators, Soundgarden redefined rock music for a generation. In the late 1980s, the band / singer Chris Cornell, guitarist Kim Thayil, bassist Hiro Yamamoto, and drummer Matt Cameron / combined a punk ethos, brutal metal soundscapes, and Cornell-s ravenous roar to capture the attention of the masses. Jagged and ferocious, their music was deeply at odds with the synth/pop and hair metal which dominated the 1980s airwaves. Early indie releases, including seminal Screaming Life and Ultramega OK, quickly led to a dedicated indie following as the band toured on both sides of the Atlantic. Subsequent albums, including Badmotorfinger, Superunknown, and Down on the Upside, achieved multi/platinum sales and launched the band to international fame.