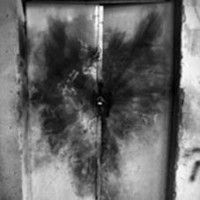 The term ,supergroup@ is thrown around way to carelessly these days. But with even a bit of experience in the Underground/Hardcore/Scene, one absolutely has to classify Open City as a true all/star/unit. On their self/titled debut album the four piece / with members Dan Yemin *Paint It Black, Lifetime, Kid Dynamite(, Andy Nelson *Ceremony, Paint It Black(, Rachel Wilson *Bridge ^ Tunnel, Worriers( and Chris Wilson *Ted Leo ^ The Pharmacists( / merges the influences of their respective main acts, blending them into a vibrant and pissed/off profile of American Hardcore. ,For Shame@ f.e. combines menacing midtempo staccato riffs and Wilson-s diverse vocals with lyrics about degrading pick/up lines. In ,Black Veils@ Wilson channels a rougher version of the Post/Hardcore of her former band Bridge ^ Tunnel, while ,Brother, I-m Getting Nowhere@ amalgamates 90s/Melodic/Hardcore/Grooves with dynamic doubletime outbursts, reminiscent of Lifetime or Paint It Black. The varied record was produced by underground/icon Will Yip *Nothing, Citizen, Title Fight, Pianos Become The Teeth(, helping the band to achieve a rough yet very defined sound. Political, pissed off and socio/critical, but at the same time with the right amount of melody> the debut of Open City promises to shure hit the scene like a bomb.