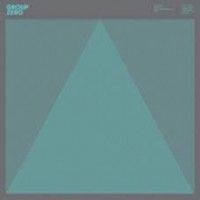 Debut record from Group Zero *Cathal Cully / Girls Names(. Using synthesizers and drum machines, -Structures And Lights- glistens with subtle Euro sophistication / pairing cold/wave optimism alongside freaky and brutal tracks for the more open/minded DJs and dancefloors. Written, recorded and mixed intermittently over four years, the narrative of tructures And Light' is bound by a deepening connec/tion with electronics, instrumentation, and the studio. Initially, it was for his personal consumption alone / selfishly indulgent. In fact, this first collection of Group Zero music was thought to be eternally lost and all but forgotten until a chance conversation with Touch Sensitive led to the tracks being salvaged and subsequently re/stored. The genesis of this newly discovered musical freedom coincided with a viewing of yramid of Light' by Heinz Mack from the post/war Dusseldorf based Group Zero art movement which resonated deeply. "It stirred up questions and emotions which I could not get from a book or a screen. It was the direct relation between me, the light and the physical object hanging on the wall. New moments of beauty locked in the memory. I was in awe." Cully was also taking influence from a range of contemporary elec/tronic producers / on labels such as LIES, Diagonal, Optimo Music, Blackest Ever Black, and PAN> "These records felt as much in keeping with post/punk traditions and my own DIY background whilst tapping into the primitive ideas of masters such as Cluster, Suicide, Malaria! and the proto/techno of pre/club music." Just as a structure obscures or reflects light furnishing us with new ways of seeing< the propulsive rhythms in -Structures And Light' reveal subtle differences on each repeated cycle. This is music to go away from and travel to.