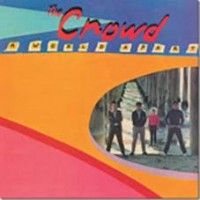 It is impossible to overstate the significance of The Crowd to the nascent L.A. hardcore scene. Whilst bands like early Agent Orange and Social Distortion were playing to handfuls of fans in northern Orange County, in 1979 the Crowd were already filling backyards on their home turf in Huntington Beach, California. Ironically, it was further afield in the San Gabriel Valley that I first saw them perform, opening for the still punk Go/Gos in a small club. Without the continuing success of The Crowd in 1979 and throughout the summer of 1980, I would have packed my bags for London. Instead, the L.A. hardcore scene lifted off!

Door And The Window
Detailed Twang

Passengers
All Through The Night/new Life