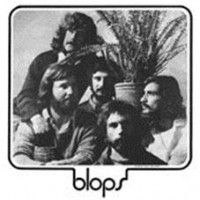 Los Blops formed in Santiago *Chile( in 1964, as a beat & cover versions band. But they developed during the following years a unique sound, mixing folk, rock, psychedelia and Chilean folklore. This is their legendary first album, originally released in 1970 on the Dicap label.Psychedelic folk/rock of the highest order with beautiful songs, touching Spanish vocals, acoustic and electric guitars, flute, organ, percussion, xylophone and lost/in/time, mysterious feel. Includes the famous "Los Momentos" and more.