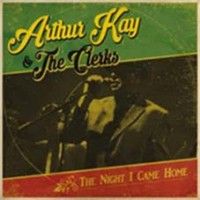 Arthur Kay / Original South London Rude Boy It was 1970 / the height of Trojan & Blue Beat skinhead reggae... at this time, the majority of Trojan-s single releases were recorded by Jamaican artists at Chalk Farm Studios in north London. A young Arthur Kay, working as a session musician for Trojan, met Judge Dread, one of the label-s top/selling artists, the two became firm friends and the Judge encouraged Arthur to write and record his own songs. By the mid 70-s Trojan was in trouble. Skinhead reggae was no longer fashionable and the company on the verge of collapse. Disco and punk were now making all the headlines. However, the old Trojan spirit was far from dead and many of their artists were still writing and recording. It was during this period of the late 70-s, that Arthur recorded his first ska single. The musicians that joined him on the recording session were from disco, jazz and rock backgrounds, yet Arthur wanted the song to have a reggae feel. What was to follow started a musical revolution. The song had a staccato off/beat guitar pattern, a bass/line that was pure Trojan and a disco drum beat / Ska Wars was born! Ska Wars was released on the independent Red Admiral label and went largely unnoticed by the major radio stations. But. It inspired a whole new generation of 80-s British Ska bands who took the style and moved it into the mainstream. It wasn-t until 2008 that Arthur Kay finally received the recognition he so deserved, when Mojo released a -Best of Ska- CD, featuring tracks by the all/time greats of reggae and ska, including The Specials, Bob Marley and... Arthur Kay! Mojo christened him> -The Unsung Hero of Ska-. rightfully so! Now, marking his 50th anniversary on stage, Arthur Kay is back / together with The Clerks! London Legend and carelessly overlooked Cologne band produce one of the ska albums of the year / quite a story!

Mcgregor, Freddie
True To My Roots