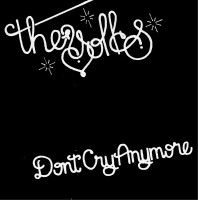 When warlike bestiality develops into music in order to destroy the moral correctness, appears Visions with their debut album like a Panzer in a battle field. A raging attack of extreme hammering blackened Death Metal with excellent musicianship and a distinctive aura crushing all ways of other-s self applied arrogance through four long unmerciful assaults. A new young band seldom appears to the masses with a so powerful -opera prima- as Visions does. This is Victory or Death.