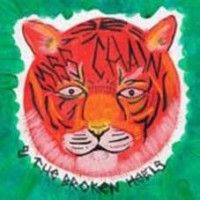 It's been quiet for some time for MISS CHAIN ND THE BROKEN HEELS, the extensive touring after their second album *The Dawn, released by Burger, Bachelor and Tre Accordi(, band members went their own way to persue solo careers, starting a booking agency, buidling a studio, and just taking a breath, italian style. After few months things started to get together again, they did some shows in the spring of 2016 and baboom> Here is their new classic two song single, fresh and new, as if there hasnt been some kind of hiatus. You can easily hear it exactly 1 second after you let the needle drop on the Side A track, after few chords Miss Chain and the gang ooozes a warm feeling into your head and heart! Hell, they are back, with all the goodtime melodies enriched with their typical melancholy vibe. While the first track is a classic uptempo powerpop tune, the flipside presents a slower hipshaker, and although the velocity has been taken out this one is still a fine, mellow mood maker that leaves you hungry for more! This single has been pressed in limited edition, so you should hurry to snatch a copy. Both albums has been sold out as did most of the other releases of their meanwhile huge discography. A couple of shows are planned for the last two months of 2016, a bigger tour through europe is in the works for 2017, as well as a third full lenght!

Miss Chain & The Broken Heels
On A Bittersweet Ride

Miss Chain & The Broken Heels
On A Bittersweet Ride