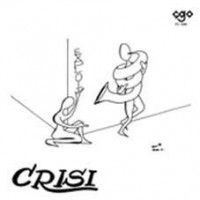 Italian Progressive holy grail and one of the most prized records of the genre. Impossible to find in its original edition *also a repress from 1989 exists(, this album remains a fleeting appearance in the Italian library discography and a serious object of desire in the record collectors' circles, maybe appearing 3 or 4 times in the last 20 years. Musically influenced by Symphonic Rock legends of the period like Emerson, Lake, and Palmer and Italian Top Prog. bands like Le Orme, the LP features a stunning Progressive suite on the first side followed by more commercial Pop/Rock vibes on side B. Released in 1972 on the small Library label CGO with faint distribution and signed by Italian Library players and session men of the time like Walter Rizzati. Screaming organ, whriling drums & percussions & sounds and overflowing bassline. Italian Progressive/Pop legendary album!