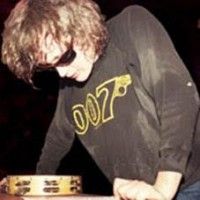 Seven 45s, including their never-released first acetate, with 16 tracks spanning from 1979 to 1991 that prove why Lyres are one of the truly essential garage bands.Contains a 20-page booklet with photos and liner notes by Jeff Conolly.Includes a CD with all 16 tracks.Limited edition of 700 units.Formed in Boston in the late 70s out of the ashes of the legendary DMZ, Lyres are one of the truly essential garage bands and the seven 45s contained in this box set clearly prove why. Featuring 16 tracks spanning from 1979 to 1991, they're loaded with sound, attitude and a way of making music not found around too often. Included is their never-released first acetate, recorded live and self-pressed only two weeks after the band's first rehearsal. Their amazing debut 7" on Sounds Interesting Records is presented in facsimile artwork, as are a string of magnificent tracks the band recorded during the 1980s for Boston's Ace of Hearts Records, run by Rick Harte, who also produced the recordings. Among them, titles such as 'Buried Alive', 'Help You Ann', 'Really Want You Right Now', 'She Pays The Rent', 'Not Looking Back' and other staples of the 1980s rock & roll scene that show the band (and its varying line-ups) at the top of their game.TRACKLIST1A. HOW DO YOU KNOW? (Live)1B. IT'S ALL RIGHT (Live)2A. HOW DO YOU KNOW?2B. DON'T GIVE IT UP NOW3A. BURIED ALIVE3B1. HIGH ON YOURSELF3B2. WHAT A GIRL CAN'T DO4A. HELP YOU ANN4B. I REALLY WANT YOU RIGHT NOW5A. SOMEONE WHO'LL TREAT YOU RIGHT NOW5B1. I'LL TRY ANYWAY5B2. SHE PAYS THE RENT6A. NOT LOOKING BACK6B. YOU WON'T BE SAD ANYMORE7A. HERE'S A HEART7B. WE SELL SOUL

Lyres
A Promise Is A Promise