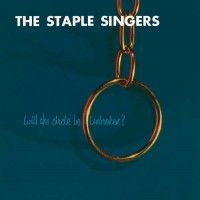 Staple Singers
Will The Circle Be Unbroken?

A truly legendary release, the second ever album from the immortal Staple Singers, Will The Circle Be Unbroken_ was originally released in 1961. Featuring Pop Staples' instantly recognizable tremelo'd guitar, and the vocals of Mavis and co., this album might contain the definitive version of the title track, a gospel standard that dates back to 1907 and has been covered countless time, so that's no short order. This is the group, along with the Soul Stirrers, to influence an entire generation of future gospel performers, and this LP is one of their absolute peaks. Reissued on 180 gram vinyl with download code.

Sweet Vandals
After All

Exile One
Exile One

Shelton, Naomi
What We Have You Done My Brother