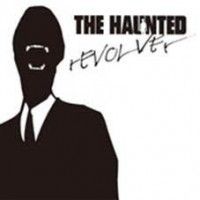 This 2016 vinyl edition comes in LP picture disc with Gatefold Jacket, limited to 400 copies. Originally formed in Sweden in 1996, The Haunted have been playing around with metal and hardcore for the last 20 years, pleasing fans from both genres and becoming one of the most prominent bands both live and in studio. Revolver was the fourth studio album from 2004, giving shape once again to an agresssive riff machinery at high engine speeds.