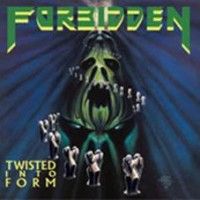 This 2016 vinyl edition comes in Picture Disc LP with Gatefold Jacket, limited to 400 copies. Reissue on picture disc of the second studio album from the classic American thrashers Forbidden. The band released five albums and, though never sufficiently recognised worldwide as their peers, gained status among die/hard fans through the years. If you never get the chance of approaching Forbidden, tracks like @Infinite@ or @Step By Step@ will make it for you from the first listen.

Darkthrone
Under A Funeral Moon