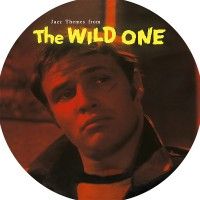 1953's The Wild One is an iconic piece of American cinema, the original outlaw biker film, and one of Marlon Brando's most immortal roles, as Johnny Strabler, a character whose look and style was hugely influential throughout the rest of the decade. The jazz score is a perfect complement to the film, frantic and swinging, composed and performed by Leith Stevens, a child prodigy pianist who wrote countless scores for television and film. Available again on a glorious picture disc LP.