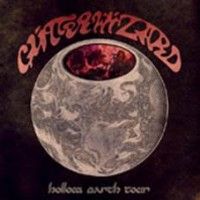 This band of California rifflords pillage the best of vintage hard rock while keeping their laser eyes on the future, creating a unique brand of oddball psychedelia. Their onstage performance is a glammed/up force to be reckoned with and they-ve been taking their act on the road from the West Coast all the way to Europe. The San Francisco glam weirdos Glitter Wizard have signed to Heavy Psych Sounds for the release of their next album, Hollow Earth Tour. The alliance continues the label's successful run of Californian hookups - see also> Wild Eyes SF, Farflung, Hot Lunch, Fatso Jetson, etc. - and when it comes to Glitter Wizard, they strike me as the kind of band who are way too busy writing the next album by the time the current one has been released to worry about the particulars. Nonetheless, their strange, vaguely subversive and often catchy heavy rock and roll was most recently heard from on the earlier/2016 7? Life Under Traffic&Circle of Kings, neither song from which will be featured on the entirely brand new Hollow Earth Tour, which is out Oct. 21.

Nocturnal
Thrash With The Devil