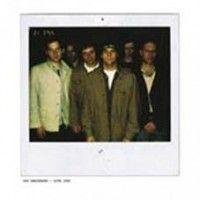 This live double album was recorded during the heyday of Die Regierung in 1994. After their 1994 tour, the band did not officially dissolve, but never ended up playing together again // until a one/off reunion show in 2015 in Essen, Germany, the city where everything began. This 1994 recording features a lineup of Tilman Rossmy *vocals, guitar(, Robert Lipinski *bass(, Thomas Geier *drums(, Thies Mythner *guitar, keyboard(, Mense Reents *guitar(, and Herman Herrmann *guitar(. Recorded on February 8, 1994, at Logo in Hamburg. Reworking of the master tapes and mastering by Hans/Joachim Irmler and Andreas Schmid at Faust Studio.

Redd Kross
Beyond The Door