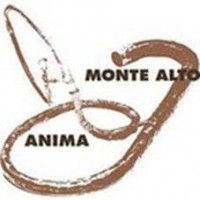 Limpe Fuchs is a legend in the experimental music scene. In the late -60s, this percussionist drummed on self/made instruments, together with her then/husband Paul Fuchs, in the Ensemble Anima, working on the periphery of krautrock and free jazz. During that time, Limpe and Paul Fuchs worked with the classical pianist star Friedrich Gulda, as well as with jazz luminaries like Albert Mangelsdorff, and continually attracted the interest of their audiences in new constellations. Limpe Fuchs-s solo performance with @variable wood and stone rows, ringing bronze in the pendulum strings, and a variety of skin and bronze drums@ is a rare occasion to witness one of the early avant/gardists of the scene from the old Federal Republic of Germany. She attempts, while playing live, to develop her musical ideas from the @resonance of the location where the performance takes place@ and @to make music in the flow of time, with simplicity and emotion.@ Her main concern is to sensitize the process of hearing> @Every tone is a sensation. Listening instead of shutting one-s ears. Establishing silence.@ The album Monte Alto was released in 1977 on the band/owned label Alter Pfarrhof. It may be the best Anima album ever, if for no other reason than the wonderful freely improvised piano piece on the B/side. This is the first reissue of Monte Alto, and it is presented in an elaborate silkscreen print, hand/numbered, and limited to 500 copies, co/released by Play Loud! Productions and Youdonthavetocallitmusic. This reissue appears in advance of Limpe Fuchs and Play Loud! Productions- release of Limpe Fuchs-s archival back catalog, along with some previously unreleased recordings and films, and new recordings, and follows many previous Anima&Limpe Fuchs releases that have been made without the permission of the artists.