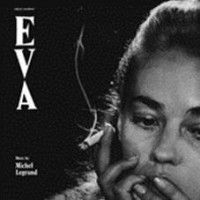 Michelle Legrand, the so/called Mozart of the new wave cinema, was made fully aware that he was actually the director's second choice for EVA's soundtrack. He originally wanted Miles Davis for the project. But his beautifully constructed jazz score serves as a perfect compliment to director Joseph Losey's charismatic images of the films Venetian setting. It is the main character of the movie, Eva's love of jazz music that is reflected within Legrand's score. The film also contains two Billie Holiday tracks illow Weep for Me' and oveless Love. A fascinating and musically rich score, one of those European 60's soundtracks that simply shouldn't be missed!