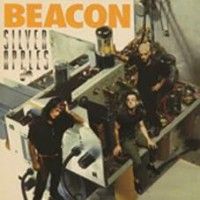 The 4th album, was the -come back album-, produced by Steve Albini and originally released in 1997 on 14 track CD only. Now available for the first time ever on vinyl! Eight of the tracks are new songs that former exile and Silver Apples leader Simeon had composed with recent additions Xian Hawkins and Michael Lerner. The remaining three tunes are remakes from the Silver Apples- past. A reworking of @I Have Known Love@ opens the record, @You and I@ is giv/en an appropriate chaotic reading< a wall of cacophonous keyboards forms in the instrumental breaks, like the video game Star/gate on tilt. Of the originals, the vocal/less @Cosmic String@ is the standout, developing a Trans Am groove with sounds recalling the moment the beloved Pac/Man is caught by his nemesis, Speedy. Beacon is full of the influence of -80s video games,..

Bardo Pond
Under The Pines