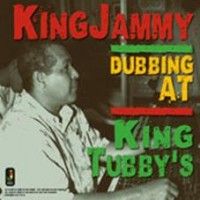 Prince Jammy became a King while cutting his musical teeth working for the dub master himself King Tubby. In that old Jamaican way, when everyone in Jamaica was given a new name to work with, Prince Jammy as he would be known so impressed his colleagues that he rose from a Prince to a King,both names given to him by producer Bunny triker'Lee.Out of the many protégés that trained and worked at King Tubby's....and there were many, Scientist, Pat Kelly .Prince Phillip Smart to name but a few it was King Jammy's work that was the main stay .We have selected a set of tunes that were rebuilt with King Jammy at the controls...