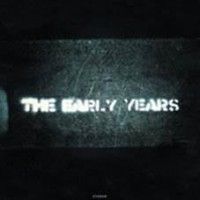 Following the release of The Early Years- long/awaited new album -II- in September, we are excited to reveal that we have licensed their self/titled debut album for a special 10th anniversary vinyl reis/sue as a limited edition pressing of just 300 copies on transparent orange wax. It-s a brand new vinyl cut by Noel Summerville, who has previously worked on a number of My Bloody Valentine and Warp reissues. The album was originally released in 2006 and includes the singles -All Ones And Zeros- and -So Far Gone-. On its release, it received glowing reviews. We think it-s an underrated classic that will appeal to fans of -Sowiesoso- and Spiritualized alike. It also comes with the seal of approval of Brian Eno, The Horrors and Damo Suzuki.