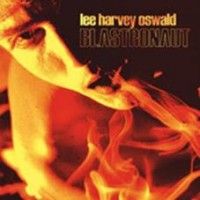 Lee Harvey Oswald Band. The facts. A trio from Texas compromised of Zowie Fenderblast, Dredge, and James Meat who released their third and last album Blastronaut on Touch and Go Records in 1996.Comprised of 11/songs, the Lee Harvey Oswald Band-s 36/minute magnum opus is now available on vinyl for the first time ever / 20 years later.@Blastronaut still stands as the best album you-ve never heard. If the Foo Fighters wrote this album the world would be wanking in the streets.@ / Ginger Wildheart @Blastronaut was a keystone album in mid/90-s Turbo circles. The masterful songwriting and glammyness struck home with us.@ / @Happy Tom@ of Turbonegro @.the second/best rock album of the nineties, better than Nevermind ...@ /

Kupa, Emma
It Will Come Easier