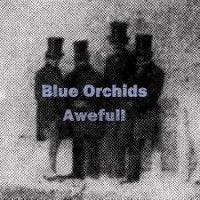 180 gm LP with DL. Originating from the ashes of the first line/up of The Fall, guitarist&vocalist Martin Bramah, keyboardist Una Baines and bassist Eric McGann joined forces with a new drummer and second guitarist and quickly signed with Rough Trade. Steeped in drugs and mysticism, the band quickly released their debut album, produced by Mayo Thompson and Geoff Travis. "The Flood" and "Disney Boys" came out as a double a/side and quickly made the indie charts. Then followed another session featuring Mayo and Geoff. "Work" and "The House That Faded Out" bettered the debut, and in fact "Work" easily remains the band's most often com/piled song. Following their debut album, "The Greatest Hit *Money Mountain(," Blue Orchids acted as Nico's back/up band and recorded a number of songs perhaps originally intended for her. Four of them were released on the "Agents Of Change" 12" EP. Those tracks are compiled here on vinyl for the first time with two previously unreleased tracks. "The Unknown" comes from around the same time as the "Agents Of Change" EP, and "Sleepy Town" is an early version of a song which was later a well/loved 12" 45 side.

Gorillas
Message To The World