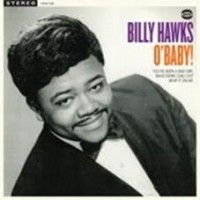 Billy Hawks' second album @Heavy Soul@ is an organ/heavy mod R^B masterpiece. It included club classic -Baby *I Believe I-m Losing You(', as well as three other floor/fillers< ou-ve Been A Bad Girl', hip It On Me'- and hat More Can I Do_'. The beautifully packaged EP is designed in the London Records & Decca style and showcases the two known photographs of Billy. These were provided by the organ/playing singer-s brother Leroy in 2014. Until this point almost nothing was known about Billy.A native of Richmond, Virginia, he based himself in Philadelphia and his trio worked up and down the Eastern seaboard. He was discovered playing in one of the endless clubs and lounges that existed at the time and made his first album for Prestige, "The New Genius Of The Blues", in 1966< "Heavy Soul" followed a year later.Produced by Cal Lampley at Rudy Van Gelder-s studio in Englewood Cliffs, both ou-ve Been A Bad Girl' and hat More Can I Do' are appearing on 7/ inch for the first time.

Mary Love
Lay This Burden Down