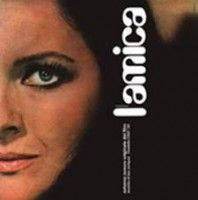 L-AMICA *1969( is an intriguing Alberto Lattuada film starring Lisa Gastoni *portrayed in the cover photo of the LP(, Gabriele Ferzetti, Elsa Martinelli, Ray Lovelock, Jean Sorel and Frank Wolff. The music is by one of the greatest pianists, composers, conductors and arrangers in the world of soundtracks, the Argentine naturalized Italian Luis Enríquez Bacalov, author of music for countless high/level films including "La Seduzione@ @Quién sabe@, @Django@, @Roma Bene@, "Milano Calibro 9@ and winner of an Oscar for @The Postman".The soundtrack of "L-AMICA@ from the title track highlights the excellent piano technique and the jazz vein of the Maestro mixed with exotic and erotic atmospheres characterized by extraordinary orchestration, harp, congas and the typical persuasive vocalism of those years *all by the great Nora Orlandi(. It's followed by @Rio, Zona Sul@, refined samba/jazz on a massive percussive tapestry. @-Round Nassau" offers an elegant and dreamy atmosphere in Les Baxter's style adding flute and female wordless vocals. @Swingin- easy in Tanganyika@ is another extraordinary jazzy piano and drums with flute melody sideways. The side is closed by a previously unpublished version of the theme that was not included on the original Fonit Cetra LP.The B/side rearranges the themes in a more melancholy and symphonic style without renouncing jazz as in the gem "Episodio in 3&4@. The ballad @The Bitter Truth@ is well sung by Fiorenza Mormile in English.