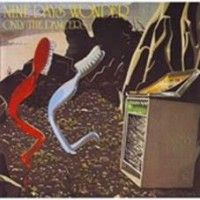 Originally released in 1974 Nine Days Wonder with their 3rd album took the opportunity to do a recording session at Londons Chipping Norton Studios in September 1974. With guest musicians Dave Jackson on flute and saxes *of Van der Graaf Generator/fame( and keyboarder Steve Robinson *2066 and Then and early/AERA( the album show the band on its musical peak.The album is richly texted and features a mellow progressive rock with slightly glam/rock touches and reminds to David Bowis -Ziggy Stardust-. Without the jazz elements of the 1st album -Only The Dancers- is another step forward in to the upcoming glam/rock sound but with that special German Krautrock feel.

Eve
Take It And Smile