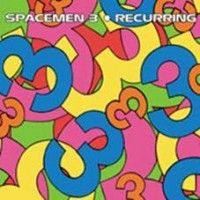 Limited edition release of the fourth and final Spacemen 3 studio album @Recurring@. By the time the album was recorded, relations between the band had soured to the extent that the record is essen/tially in two parts< the first seven tracks written and performed by Sonic Boom and the last seven tracks written and performed by Jason Pierce punctuated by the cover version of Mudhoney's hen Tomorrow Hits' the only track on which both Kember and Pierce appear together. 6 panel fold out card wallet featuring the original vibrant cover artwork used on the original US release.

Spacemen 3
For All The Fucked Up Children Of This World