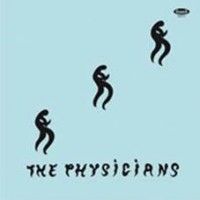 Behind this incredibly rare 1973 album lurks CAMPO DI MARTE *the highly regarded Italian progressive rock band( in their second incarnation. After the release of their debut album the group performed at numerous concerts but only released this one album under the pseudonym of THE PHYSICIANS. They were called by the producer Giuseppe Cassia in Rome to record this album, which was produced in a day, and it-s amazing to feel the harmony between the band members, all from Livorno and led by the excellent guitarist Enrico Rosa who the following year would be transferred abroad in Denmark in order to better express his art.There are many memorable jazz/rock tracks on the album that recall the British band Nucleus, such as @Jazz in the Cellar@, @My girl from Harlem@ and @East Side Rhythm@ but with a unique and personal style.The band, besides the aforementioned Enrico Rosa, included Loriano Berti, nicknamed whistle, coming from Capitolo 6 on sax and flute, Andrea Colli on drums *who in the future would also collaborate with Demetrio Stratos( and Sergio Ducilli on electric bass.Limited edition LP ] download card.