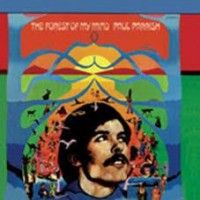 Arranged by Mike Theodore and prolific guitarist Dennis Coffey-who later worked together on Rodriguez-s Cold Fact-1968-s The Forest of My Mind is a dose of soul/soothing mellow filled with captivating pastoral odes which try on a variety of period styles in craftsman/like perfection. ?The album is a unique synthesis of pop, folk and psychedelic sounds flecked with a touch of Donovan Leitch/like whimsy which is steered into righteous and refined waters by future Motown staff producer Clay McMurray *Gladys Knight ^ The Pips, David Ruffin, The Temptations, The Four Tops( aided by the cream of the Motor City-s R^B&soul sessionmen of the time.??However, despite the awe/inspiring sounds this masterpiece is bursting with, it didn-t receive the adoration and accolades it rightly deserved in its day *due to some unfortunate flightiness from the original label(. One listen to the grandeur of The Forest of My Mind will have you joined in enthusiastic sentiment with project producer McMurray that the world must see how @simply wonderful this hidden jewel is.@ # Reissued for the first time on vinyl?# Remastered from original master tapes??# Liner notes by Jeremy Cargill *Got Kinda Lost Records & Ugly Things Magazine(

Cavanagh, John
The Piper At The Gates Of Dawn