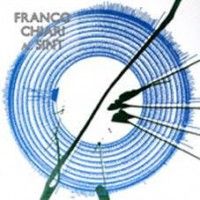 Franco Chiari, born in 1927 in Naples, was an eclectic artist who is considered a bit of a wildcard of keyboard instruments> he played the piano, accordion, synthesizer, vibraphone and marimba in both jazz and symphony. For three consecutive years *1957&58&59( he won the National Jazz referendum, was vibraphonist in the national TV Orchestra and participated in numerous important broadcasts. He received many awards in his career, and numerous are the artists who have wanted to play live alongside him, including Lionel Hampton, Stéphane Grappelli, Django Reinhardt, Piero Piccioni, Armando Trovajoli, Lelio Luttazzi, and more.In this album released in 1973, the most groovy in his career, and now the most wanted from collectors, he rearranges the compositions of Mario Bertolazzi electronically with the use of synthesizer on rhythms ranging from latin beats to funk.Numbered limited edition with digital downloads included and an amazing cover with splashes of paint, making each copy unique and unrepeatable.