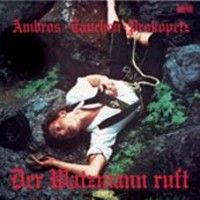 Wolfgang Ambros *born March 19, 1952 in Wolfsgraben, Niederösterreich( is an Austrian singer/songwriter, most famously known for setting the then/new trend in the 1970s known now as Austropop. His most famous songs are @Schifoan@, @Es lebe der Zentralfriedhof@ and @Zwickt-s mi@. @Schifoan@ is like an anthem for the Austrian ski tourism and industry. Many Austrian skiers-but also many others-know the lyrics of this song. His musical styles are pop/rock and sometimes blues/elements. His first LP Es lebe der Zentralfriedhof was very controversial, because many critics accused him of copying and plagiarizing Georg Danzer.Ambros also released 3 cover albums *including songs by Bob Dylan, Tom Waits and Hans Moser. ..