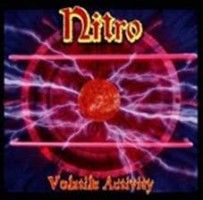 Back in stock! Cheapest price! Nitro are an Heavy Metal band from Pennsylvania formed in 1979.They recorded in 1981 the songs that were featured in the 1982 independent release s&t 10@EP on the Red Dog label. This record to day is very popular among traditional U.S. Metal collectors and after a massive press bombardment *Kerrang, Enfer, Sounds, etc.( in 1983 Belgian label Mausoleum Records released Nitro ] II LP *with two excusive bonus tracks(. All these songs and other unreleased from the same sessions were released on CD aptly titled @Lethal Dose@ in 2013 on Skol Records, house of many other great CD reissues such as Taist of Iron, Dammaj, Crowhaven, etc. The band took a break in 1986 and in 87 they recorded what was to be their follow/up to Lethal]II. The album was never finished since these were pre/production tapes but with modern technology and a good mastering they sound great like any classic underground 80-s U.S. Metal record. So what we have here is a never released album on any format until now, from the glory days of Heavy Metal by these Pennsylvania Metal sons. Sounding like early Twisted Sister, Wild Dogs, early Anvil, The Rods, etc., this is going to shake the U.S. Metal collectors world!The band is back again and they recorded one new track called @Uranium@ back in 2012 which is included as a bonus track. This is a teaser for what-s coming next. Nitro are here again for another lethal dose!