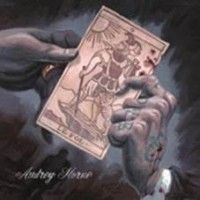 Reissue of the second full/length album by Norwegian hard metal band Audrey Horne. Formed in 2002 and despite counting on members from acts like Enslaved or Sahg, this means little indication on its sound. Twelve tracks halfway between hard rock and metal, catchy tunes and soft melodies which include all the necessary elements to satisfy every metal or rock fan. 300 copies. Gatefold.