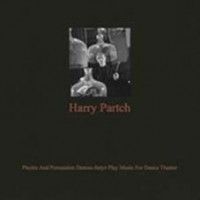 Born in Oakland, CA, but raised in New Mexico, Partch learned mandolin, violin, piano, reed organ, and cornet as a child. Clearly a unique talent, even that early on, Partch went to USC Music School but was dissatisfied with his teachers, and instead studied music on his own where he learned to reject many of the Western constructs of music and began experimenting with using scales of unequal intervals in just intonation, and was one of the first Western composers of the 20th century to use microtonal scales. These recordings were some of the first made after Partch settled in Sausalito and founded his legendary Gate 5 studio. Debuted in 1953 on KPFA radio, these compositions still sound otherworldly and cutting edge today. Essential American 20th Century composer Harry Partch, on Jeanne Dielman.